Across almost every major city in the developed world right now, hundreds of thousands of workers are typing away at keyboards, filling boardrooms with game-changing ideas and powering themselves with frothy, caffeine-laden cappuccinos at co-working spaces operated by the likes of WeWork. These shared office facilities have become so ubiquitous that they’ve quickly transformed commercial real estate markets in key cities from Toronto and New York to Paris and Sydney.

Whether a start-up or an established company, if a CEO can slash her overhead costs by jettisoning costly long-term leases for lower monthly rental payments with commitments of two years or less (sometimes none at all), it’s no wonder businesses are saying ‘no thanks’ to traditional office arrangements and parking their people behind short-term desks.

“We haven’t seen a new type of office tenant emerge with such speed and dominance since the dot-com boom,” CBRE Vice Chairman Paul Morassutti was quoted in a recent study, as reported by Bloomberg. “The rise of flexible space operators reflects the pace at which work and the workplace are evolving along with new technology, changing demographics and an overall push for innovation.”

Equally compelling is how co-working environments are changing the way that organizations and professionals interact. Indeed, the impact of shared spaces on the human resources profession will be just as profound as their reshaping of the real estate sector.

For more than 100 years, and with few exceptions, professionals and support staff have become used to their employer maintaining a dedicated workplace environment governed by their own norms, routines, policies and procedures. Some, like fast-paced advertising agencies, may have filled those spaces with areas for collaboration, archetypical perks such as foosball tables and even wild office accoutrements such as slides to encourage creativity and innovation. Other, more buttoned-down businesses, relied on cubicles and executive offices to give their employees a modicum of privacy—and to promote productivity. But in the end, it was their house, so their rules and their way ruled the day.

Shared spaces turn that model on its head. When you’re an organization occupying a space with other tenants—virtually never of your choosing—it creates the opportunity for a wonderful cross-pollination of ideas, but also irritants and HR challenges. What if the company three desks over loves loud and boisterous morning meetings to kick-start the day when your people want to put on their headphones and just get work done?

When you bring decidedly conservative clients into the space for meetings and your neighbours are busy drinking beers in shorts and flip flops, feet perched on their desks, because it’s Friday and they’ve decided to get an early start to the weekend, it can convey a negative brand association. And as tempting as it may be, you can’t order individuals to look, think and act more professionally when they’re not your employees.

Or what about situations when you compete directly with your neighbours? This is happening more often as organizations operating in creative sectors such as marketing and advertising, or in the technology space, flock to co-working environments. It’s not unheard of for companies sitting a desk apart to compete for the same business. Cue the awkward looks and potential for conflict when one closes the deal and the other is left in the dust.

In short, finding ways to get along can be difficult, especially when company values or competing interests clash.

Then there are the more acute HR issues. We’re seeing even mid-sized firms take the co-working space plunge, which can be a smart move. Most of these companies will have well-defined employee policies; their smaller neighbours often won’t. This can result in exposure to the kind of inappropriate workplace behaviour that may go ignored in one company, but could be grounds for termination in another. Worse, it can lead to harassment, human rights issues, reduced productivity and higher rates of employee turnover when the problem goes unchecked. When workplace policies are incongruent, problems can quickly mount.

Of course, this doesn’t mean that your organization should eschew these innovative environments. Quite the opposite. They can be an effective way to improve bottom-line performance, reduce long-term lease obligations and provide flexibility and scalability for your business. But before you embrace their many benefits, understand the downsides. When possible, even look for spaces that have their own workplace conduct policies in place.

They may not be as stringent as the ones governing your organization, but they offer at least some protection from the HR risk exposure you face when sharing space with other companies. Be strategic about your workplace restoration 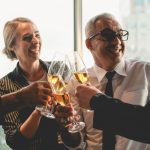